Be it baseball banners, basketball banners,… or any other member in that class; sports banners have become sensational tools in the hands of sports Fans in modern day sports.

Whenever I watch any game of sports, my eyes always go to the mass of other spectators who, just like myself, have left some important things going on in their lives to come and cheer their favorite sports’ teams to success. Once in a while, during such events, I’ve seen some fans who have used sports banners to deliver one of the funniest statements I’ve ever seen. 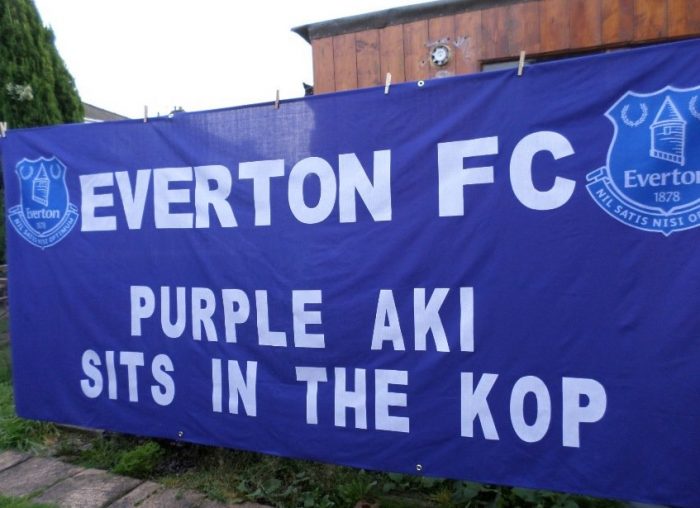 Join me as I reveal to you five of such rib busting moments.

The Greatest Mourinho, Not Football, Enthusiast

Well, I didn’t see this one as a spectator watching a match in the stadium while the footballers play the live game, because I wouldn’t have sold my car just because I wanted to sit beside my favorite soccer coach- the special one. I saw this on television and it has since became a memorable experience for me. So, this Mourinho fan sold his car to sit behind Mourinho, not next time him as he wished for. I wonder what he could sell to dine with him. Nevertheless, his love for Mourinho is commendable and the cameras, combined with his small sports banner has enabled him to successfully pass his message.

Rafa: The Interim One

I actually saw this during in a live football event, and I must say that I also took part in some of this wonderful funny moments in the world of sports; but how could I have known that the word “interim” could actually be used so innovatively to convey such a clear and loud message as at then? Wonderful, isn’t it?

Get That Bloody Camera Off My Banner

I wonder how this fan wish for the camera to see the important message he has written. Well, it doesn’t really seem like he didn’t want to show on television.

I knew about this incredible town through New Castle United’s fans, when some fan group were showing their discontent with Allan Pardew, the then club’s manager. The  apparent jargon, “LLWDLLLWWLWLLLLLLLLWLLDDLD”, written on the banner was supposed to be to illustrate what the team’s results had been in their games under Pardew. A prettily terrible one right?

Thanks to these English fans, England was at least able to take home a consolation prize at the 2014 FIFA world cup in Brazil. The fans helped England secured the prize(less) for the best football banners at the competition, while the English team failed to secure its way into the quarter final of the same competition. Against all odds, these fans enjoyed some few minutes of fame during the English team’s match against Costa Rica and don’t be surprised if that world cup outing remains the best world cup for them forever.

The cheers and jeers of fans that usually accompany sporting events are mostly aided by sports banners. These banners have become useful tools for sports Fans to egfectively express their thoughts at different moments. While some of these thoughts could be to help motivate their favourite teams, some of them have been used in very funny ways to accomplish some other goals. No matter how a sports fan make use of a sports banner, the most important thing is that he’s creating enduring memories; both for the game and for himself. You should enjoy creating yours.